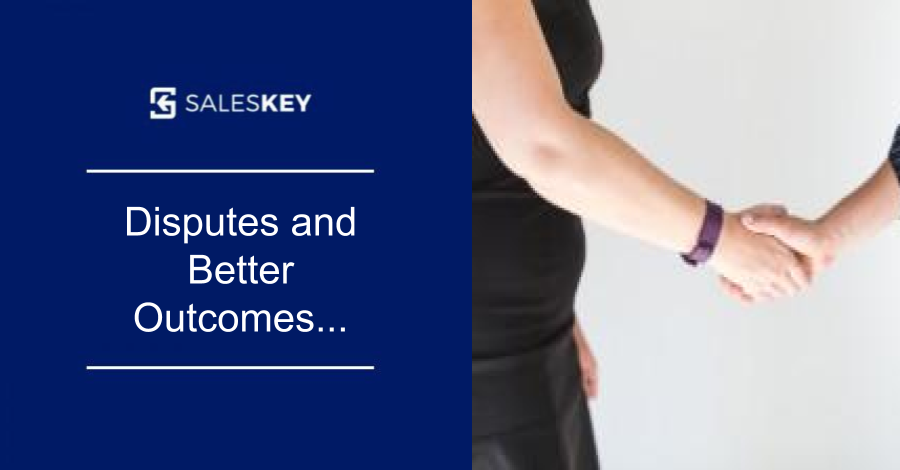 Recently we were asked to assist a business partner with the development and implementation of a new Dispute Resolution process. The request was prompted by a customer complaint that unfortunately had been handled in a ‘textbook manner’ of what NOT to do!’ The complaint ended up costing them a lot of money, which could have been avoided given the nature of the complaint was quite reasonable and the outcome sought was relatively simple.

If our client had already put in place (and followed) a practical Dispute Resolution process, it’s unlikely the matter would have gotten so far out of control!

Here’s a snapshot of what happened…

Some of you may be reading this and be shaking your head in disbelief. However, it is our experience that many Finance Brokers (and some lenders) do not have current and documented Dispute Resolution processes in place. Some have policies in place, but they are not current or known throughout the organisation. Either is a breach of Credit License obligations!

Without a current, compliant (RG165), practical, documented and understood Dispute Resolution process, situations such as above will occur.
It will ultimately cost money, reputational damage and will jeopardise your Credit License.

In our industry, AFCA can sometimes ‘get a bad rap’ Our experience is that they generally seek to have the complaint dealt with directly between the parties and without their intervention.

So, what is in the good Dispute Resolution policy/process?

If you and your business does not have a policy that addresses the above points then we highly recommend you develop one now. At SalesKey, we have a legally endorsed, fully compliant and practically written framework and can use this to customise a policy/process for you!

It’s not just about being compliant… it can also save you a lot of time, effort, stress, and money.

We started this business because of our passion for Finance Broking and surrounding industries. We truly love helping business to create Better Outcomes.

If you’re looking for help in improving your Dispute Resolution processes or any other compliance-related matter, don’t hesitate to call us on 1800 954 488 or reach out via www.saleskey.com.au.

Previous PostRelationships over Transactions...
Next PostIn it together...